Only after a gazillion blog posts do I get it, that commenting here is somewhat user-unfriendly. I have heard from the masses (OK, maybe 10 people) that you want a simpler way to add your input. Your wish is my command...
I've moved my blog to a new site, and it's very easy to leave comments there. (I don't know if it can get any simpler, unless Scotty beams up your comments.) Please click the link and mark the address of my new blog site in your favorites: Whaddaya Say, Glen Ray? All the old posts are there, and that's where you'll find the latest entries.
OK — do it RIGHT NOW before you forget!
PS: There's a special message waiting for you there...
Posted by Glen at 10:19 PM No comments:

As a proud fan since US Grant High School of high school wrestling, I once again got to go to the Big Show, the Grand Grapple, the Tangle Tourney of Takedowns in the Okie state. If you’ve never been, it’s quite the extravaganza!

The four classes (6A, 5A, 4A and 3A) are all going on at the same time on the four-mat floor of the State Fair arena. The burden is on YOU to multi-task, watch four matches going on simultaneously on the four mats.

No blaring hard rock music, no big screens with videos, no fireworks – just announcements going constantly with introductions (break – gone to get nachos) and stories about the individual wrestlers. The crowd is made up of Catoosaites, Maroons from Perry, Noble fans, Altus rooters and Bixby backers.

The tenacity, focus and desire of these state champions is amazing. Some of these guys are one-, two- and three-time winners. (Break – gone to get a foot-long polish sausage and coke.) They train, pull weight, run, work on technique and wrestle all the time. By doing this by weight, they wrestle the same people in matches, tourneys, and the state finale.

Wrestlers grow to respect each other, and even become roommates. No wild costumes, no crazy names, no heavy metal rock theme songs, and no hitting or slamming chairs. (Break – got to get some Dippin’ Dots, the “Ice Cream of the Future” – for 30 years now.)

Wrestling teaches self-discipline and goal setting, and results in a college scholarship for some. It’s a unique sport that is an individual sport and a team sport to score points. It may be even the launching pad for a future Olympic champion – they’re the last group of American Gladiators without being on a film-edited reality television show. If you get the chance next year, take it in, but watch out for flying chairs!

I hope you get to go with a couple of old friends like I did – Larry, who I can’t ever remember not knowing (speaking of wrestling, he and I tore up our third-grade class when the teacher was out of the room in a grade-school melee) and Randy, my buddy who was a wrestling coach – which in itself speaks to his insanity. Three compadres for 50 years, enjoying a sporting event: Priceless (well, the food we consumed cost two arms and a leg).

Now that wrestling is out of the way, on to “March Madness”!

Idol Hands Are the Devil's TiVo

OK, I'll admit it — I watch American Idol. But I don't buy the winners' (or losers') CDs to listen to forever and forever. The quagmire of the competition, quirky cuteness of the contestants, or the absolute rudeness of the judges play to the corrosion of our very souls. Where else can you find a washed-up black bass player (spouting "Hey, dawg!"), a ditzy un-blond dancer space cadet and a rude, smug, pompous (1990s t-shirt wearing) British-accented fop? (Hey, what's the deal with this fourth judge — she does NOT bring anything to the mix.) Simon can't even remember her name part of the time — oh, shoot, what IS her name?
Of course, the auditions are better than the show most of the time. Some of the women are more likely to be on "Girls Gone Wild" instead of American Idol, because they actually believed some guy who told her she could sing (ulterior motives, no doubt). The wackos, nutballs, gender-benders and psychos prance their pomp and pageantry soundtrack for all of us to humiliate them from the convenience of our favorite comfortable chair. What a deal! This is a better deal than a Hot'n'Ready pizza to a 20-year-old with a $10 bill. One of my favorites is when they say, "If I don't go there to Hollywood, I'll just die!" If you had just listened to yourself, then you'd have brought your own casket.
When they get to Hollywood and get put into mini-subsets to perform together is when we realize that SOME people don't work well with others. Group gargling their little song snippets turns into being snippy to each other. Plus, it's just kinda stupid, like singing the outstanding qualities of Jell-O — who cares?
The fledglings of this folly that marched on have a new challenge. The asinine statement from the judges — "I didn't think you selected the right song." Well, whoop-de-frickin-doo! Like Tuesday night, they were supposed to sing a song of Michael Jackson's. Yeah, that creepy, child-molesting, silver-gloved, dance-prancer, falsetto-singing, Tito's-brother Jackson. So you have 13 crooners to calculate an M.J. song to sing to make them look good. What a joke, that Randy saying, "Dawg, that's not the right song for you, dude!" I would have told him to eat a habanero pepper and sing "Ben" your own tappy-head self. Maybe if they could sing and eat at the same time, they could be the next Food Network star and American Idol rolled into one.
Another thing — after watching A.I. for a long time, I realize that basketball players aren't the only ones with tattoos. I hope for their sake that they don't get American Idol tattooed on their body until they win. Probably at least one of them had their 1-800 number tattooed on their body. Too bad those vote calls will be a disconnected number.
Even if you're not a fan, maybe I'll see you at American Idol on Ice...
Posted by Glen at 7:10 PM No comments:

The Economic Stimulus Knocks the Head Off the Scab

The economy is down with shades of up, our retirement savings are drastically decimated, but overall the crazies are amongst us — BEWARE! For example, an innocent man was killed over a queue-jumping incident, just for stepping in front of a lady to buy a pack of cigarettes. She had a third-party guy whack him on the head at a later time — BUT it was the wrong guy (like it was really OK if it had been the right person).
Next is an addict gone crazy (this lady happens to be a Chicken McNuggets addict). The cashier toeing the alleged company line at McDonalds took her order and money for Chicken McNuggets, but as in one of my favorite Seinfield episodes, "she knew how to take the reservation but not fill the reservation." You got it — at that point in time, they ran out of Chicken McNuggets. The McDonaldite was forceful in requiring her to make a "second-best choice." I guess she wasn't a burger girl or in a fish mood. She proceeded to call 911 not once, not twice, but THREE times, proclaiming "I won't settle for anything but Chicken McNuggets!" Let's put it this way — the local police were Burger King boys, What-A-Burger buddies, or Arbys-over-arguments type people. Yes, she was fined for misusing the 911 system, to the amount of about 30 Happy Meals.
Next on Glen Ray's radar is the car commercial shouting out that you can put a car on layaway for only $40. What the heck is this foolishness? Here I go again — when I was a mere lad, my mother and others like me with their mothers would go, try on for size, and put in layaway school clothes to start school every year. If you haven't figured this part out, it happened in July, so they'd be paid for by September when we started school. Parents would use the layaway system to pay out toys for Christmas (bicycles, if you were lucky). I digress — what the heck does $40 towards a $5,000, $10,000 or $15,000 car mean? By the time you'd pay out the vehicle, it would be old enough to qualify for a flat-fee antique tag!
The cable channel reality show "Rock of Love: Charm School" changes broads, bimbos and tarts into outstanding young ladies (let me sell you a Florida condo in a flood zone). Guess what? One of the aforementioned felines is suing Sharon Osbourne (Ozzie Osbourne's wife — which is her instant defense of a temporary insanity plea) over an altercation of throwing substances on camera. How "charming" — it's worse than a Jerry Springer YouTube clip, but not exactly an Emily Post moment.
Why don't we ever hear about eBay? That should give us the real feel for our economy. Is everyone selling their New Kids on the Block 1993 t-shirt, or their John F. Kennedy plate with all the other presidents on it? I want the daily eBay report, not the stock market.
Want to buy a candle that looks like Johnny Carson's wife, or cut in line to pay for milk and bread? Watch your back and your wallet!
Posted by Glen at 5:06 PM No comments: 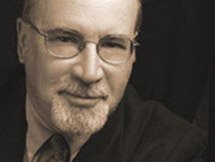 My goal is to entertain, enlighten and engage your thinking about real estate, life and current events.